Episode #39: Getting unmarried: How to thrive as a woman after divorce

Divorce sucks but life doesn’t have to.

There are no mistakes in life. There is only lessons learnt. But truth be told a relationship death can also be tremendously heartbreaking. If you are in it, you know what I am talking about.

Using the language of “getting un-married” versus “getting divorced” is one way of signaling that you are ready to empower yourself as a woman. Blooming after marriage is a skill than can be learnt.

Daniella, psychotherapist and transformational coach, shares her journey through her own divorce, what feminine empowerment means to her and how to cultivate it.

What you get from tuning in:

“Someone I loved once gave me a box full of darkness. It took me years to understand that this too was a gift.”
Mary Oliver

“What are those hidden dreams in the forgotten woman within, you now give permission to surface?”
Daniella Bloom

Daniella Bloom, MA LMFT is a Psychotherapist turned Transformational Keynote Speaker and coach, specializing in honest human connection. As an Entrepreneur, Sexy Divorcee and Dating Expert Extraordinaire, Daniella brings the humor into human connection and is known in LA as the “Good Wife Gone Wild” when it comes to magnetizing men and manifesting hidden dreams.

Daniella’s two brands, Dating with Daniella and Divorcee Diaries with Daniella, unite men and women in the Los Angeles area and around the world, through groups, group programs, workshops, retreats and private intensives and selected one-to-one laser coaching.

She is also the #1 Best Selling Author of the Under The Tree series for children and adults on universal life lessons all readers can relate to.

A natural and comedic speaker, Daniella has been an invited guest on numerous stages, television and radio shows. She has also been featured on the cover of various newspapers and international blogs for her work on the power of perception and relationships.

Daniella is also an advocate for Israel, coexistence, and peace in the middle east, women’s rights, and beyond. She is a big supporter of the Clarion Project.

She loves improv comedy and is a huge believer in the concept of “Yes, and…”

Since her own divorce, Daniella Bloom has made the choice to bloom where she is planted. She is blooming to her full potential ever since! www.DaniellaBloom.com

Or listen/download it here:

A divorce can be empowering and it can also be heartbreaking no matter how evolved you are.

Download my Heartbreak and Grief Wisdom sheet to get my top strategies to navigate the grief jungle skillfully.  Come out the other end like a grounded and empowered woman. 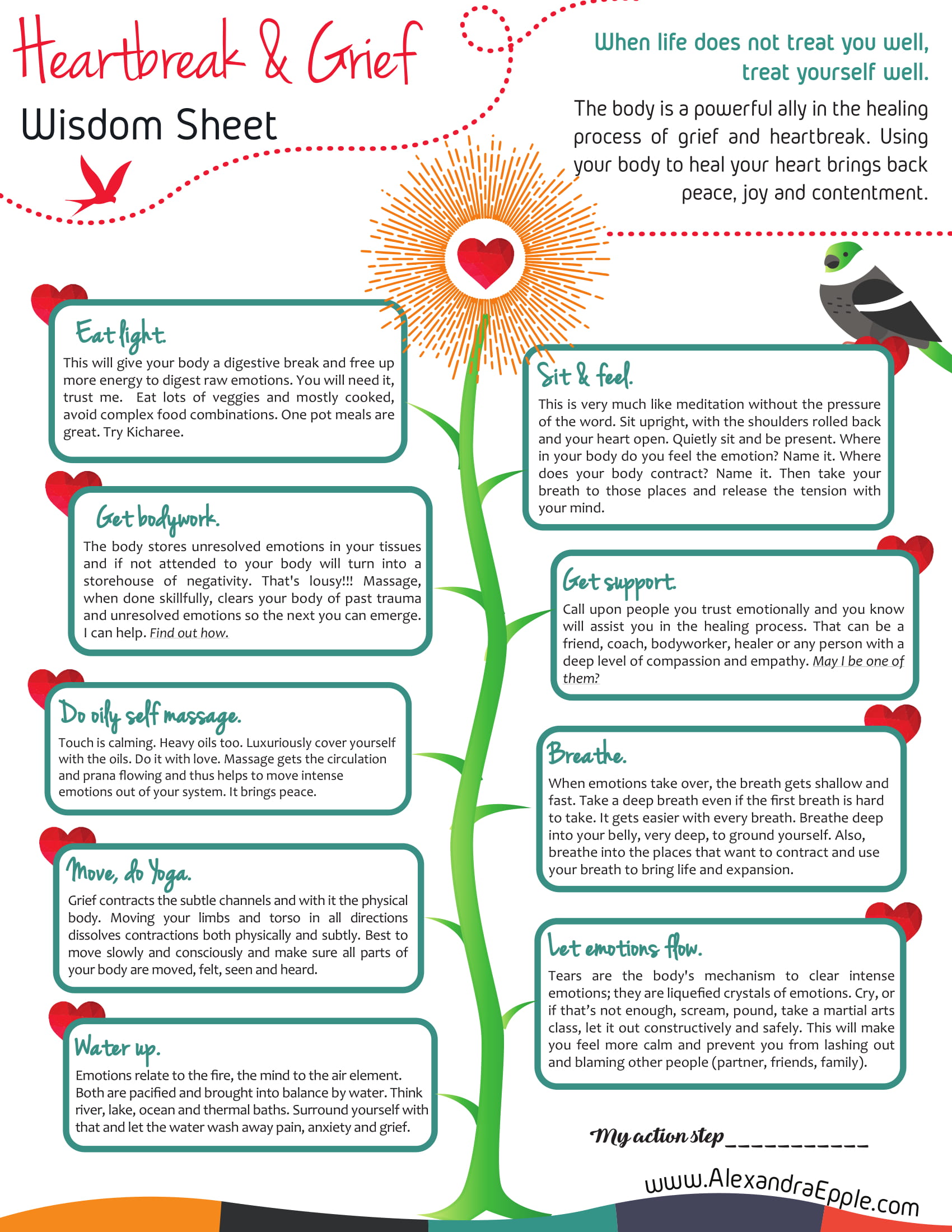 What to read next:

Healing heartbreak & grief with your body
The 5 Stages of Grief

What to listen to next:

How to navigate grief and loss skillfully